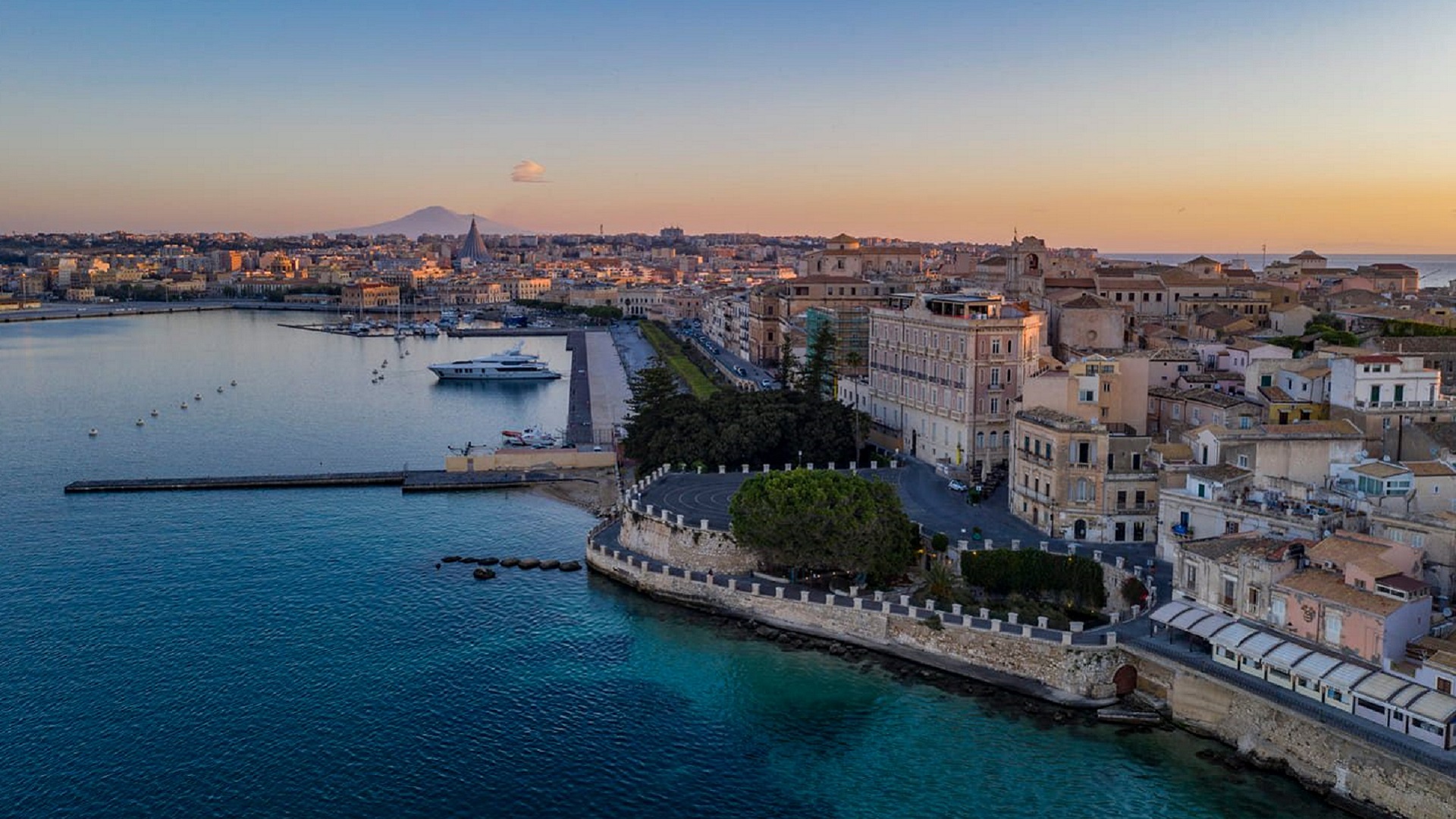 The Cities of the Province

The Cities of the Province

Since 1693, year of the devastating earthquake, this part of Sicily has seen periods of modernisation and profound transformation that have affected the towns and cities and most of all, the agrarian landscape, with the introduction of new crops alongside the traditional ones of vines, olives, carob and grain, to include cane sugar, lemons and almonds. Tuna-fishing factories, the “tonnare”, and large farmhouses, the “masserie”, anticipated the process of bringing agriculture up-to-date and were the backbone of a productive agricultural landscape that grew, transformed and exported crops to the north of Europe and the Americas.

The growing importance of the ports for the economy of the province of Siracusa led to the old names of Val di Noto (used from the period of Arab domination for south-eastern Sicily) and County of Modica being abandoned in favour of new administrative arrangements that led to the creation of two new provinces during the Fascist period; Siracusa and Ragusa.

The port cities of the Ionian coast saw the disappearance or the polarisation of their military roles: Augusta remains a military city where the Italian Navy still has an important presence in the community there, while at Siracusa in the old centre of Ortigia in the late nineteenth century, the choice fell on commercial shipping as the city expanded onto the mainland.

As the city-walls began to be demolished, the houses of Ortigia added floor after floor, topped with pitched roofs that substituted the rooftop loggias that gave access to the open sir in the old walled city.

In the late 18th century, young wealthy Europeans began to discover the myth of the classical world as an added value to their education, and later, the interest that grew from the Grand Tour spread to encourage mass tourism. 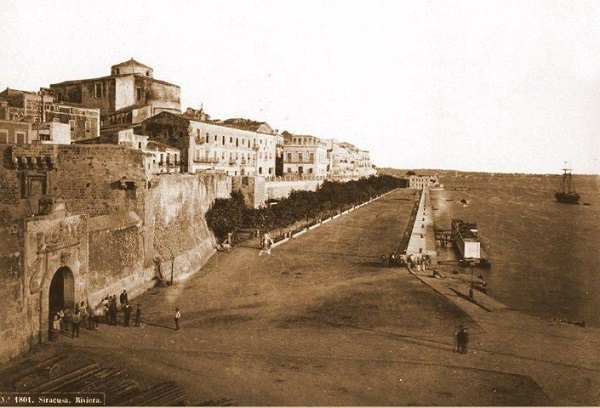 The Marina of Ortigia

More recently, in the mid 20th century, the increase in the use of non-renewable sources of energy and the import of crude oil from middle-eastern markets led to the creation of large refineries and transformation plants in the coastal area of Augusta and Priolo (and elsewhere in Sicily as at Gela and Milazzo). The placing of these plants was determined by the abundance of water necessary for the refining industry but also by the availability of cheap labour, creating a great deal of local emigration to these industrial sites rather than to the north and abroad. This model of development brought a few decades of work and prosperity, but today those huge refineries sit cheek-by-jowl with great archaeological areas at the entrance to the city of Siracusa. 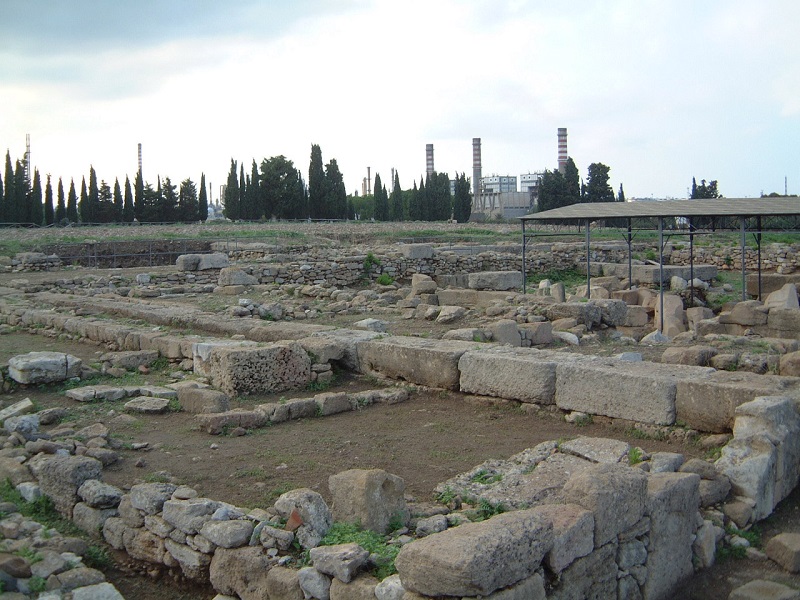 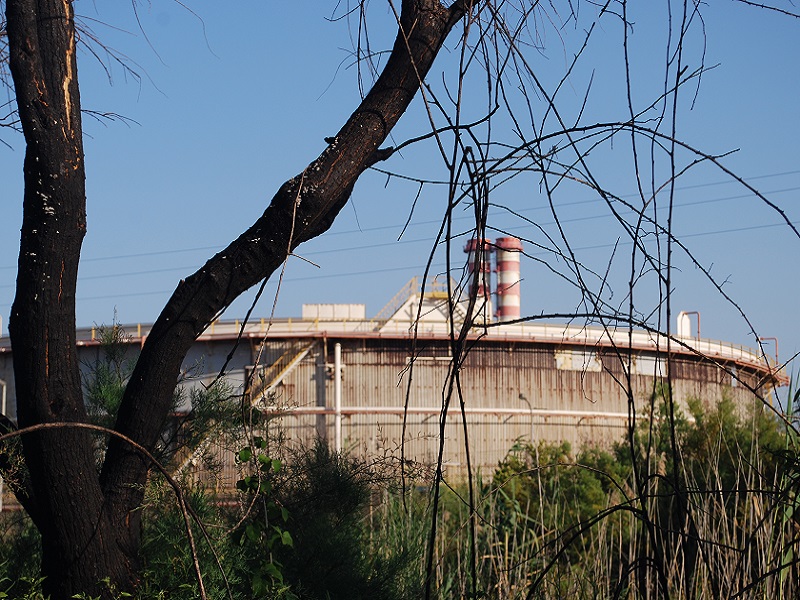 After the initial rebuilding of many towns and cities after the earthquake of 1693, the cities expanded, often in a disorderly way, especially in the modern period. At Siracusa, for example, the whole area of the ancient Greek city is buried under modern expansion, while elsewhere the historic centres are surrounded, besieged almost, by a ring of modern buildings that hides the skyline, as at Palazzolo Acreide.

Tourist resorts sprang up along the coast as an entrepreneurial reply to the demand for holiday accommodation, but the importance of the geographical and historical aspects of the area were appreciated by those groups who fought against the development plan for Siracusa that would have seen Ortigia turned into a modern city with only a few historic monuments to preserve.

Today, despite some lacerations to its historic fabric, Ortigia has survived almost intact, thanks to a civic battle for the conservation of historic centres that was fought right across Italy. Ortigia now, like other historic centres, inevitably runs the risks that its popularity brings, with tourism for pure pleasure, rather than for experience, participation and understanding, bringing new pressure to its ancient streets. 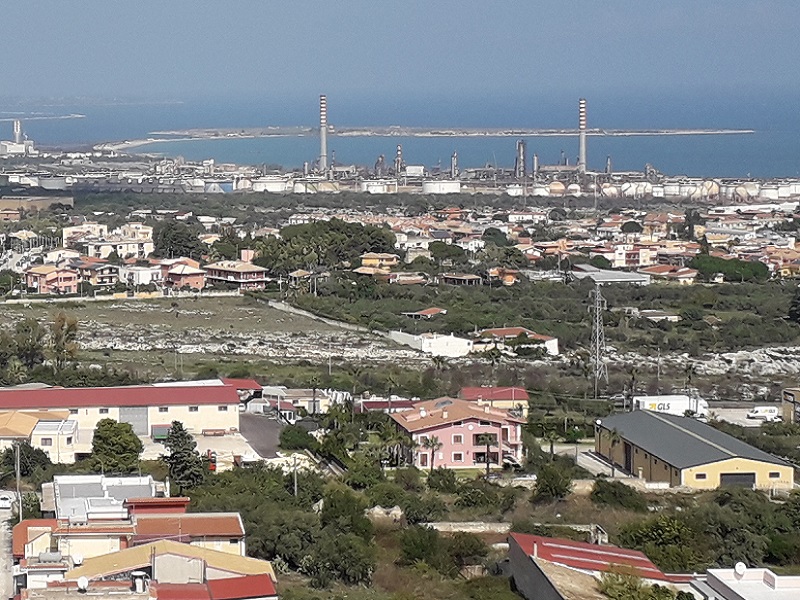 The industrial area and Città Giardino just outside Siracusa 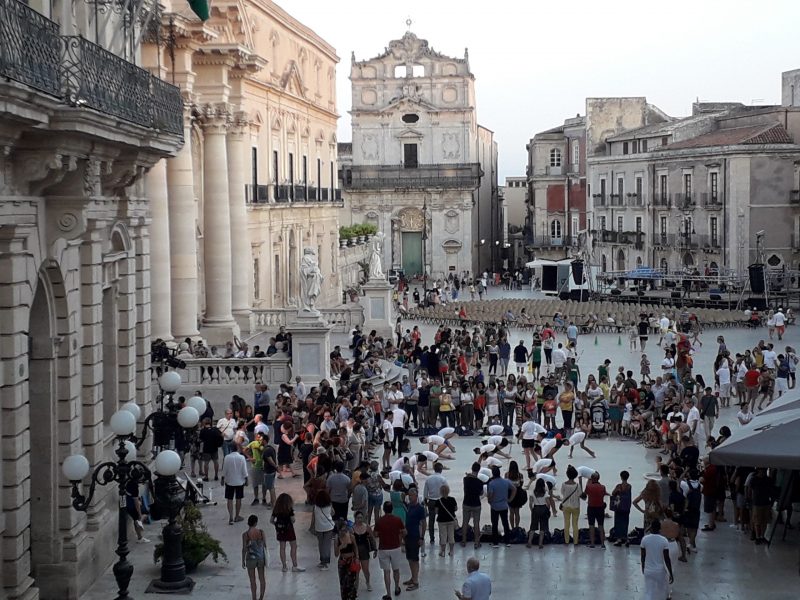 All these transformations have left “monuments” that speak of the past.

Often these are “buildings” that don’t have the appeal of an ancient theatre, a church, a palace or a garden, but which are just as important from the historic point of view. They are “documents” that we see as we drive past. Sometimes they transmit a sense of neglect, like the Hangar for airships on the hill opposite Augusta that could be converted for new uses, or the gun-batteries on the coast of the Maddalena Peninsula, or the tuna-fishing factories, the rail tracks, the bridges and galleries, even the old automobile racetrack of Siracusa. Or like the petrochemical plants that take on an apparent air of enchantment at night, but where the cold light of the day reveals a model of exploitation of the landscape that has destroyed the social setup of entire communities, brought unemployment and the abandoning of agriculture, the exploitation of the earth and the destruction of historic and naturalistic landscapes, and the creation of polluted areas with no prospect of reclamation or transformation.

In today’s landscape, the petrochemical industry has dramatically reduced its activity, converting to new processes and reducing both employment and pollution, but not the occupation of the land. Agriculture is reclaiming abandoned land and tourism is spreading a new awareness of urban and natural landscapes.

All the “monuments”, even the jarring ones, are like crossroads on a travel route, keys to unlocking the community that lives in that land; they are all elements that help to make sense of the journey. 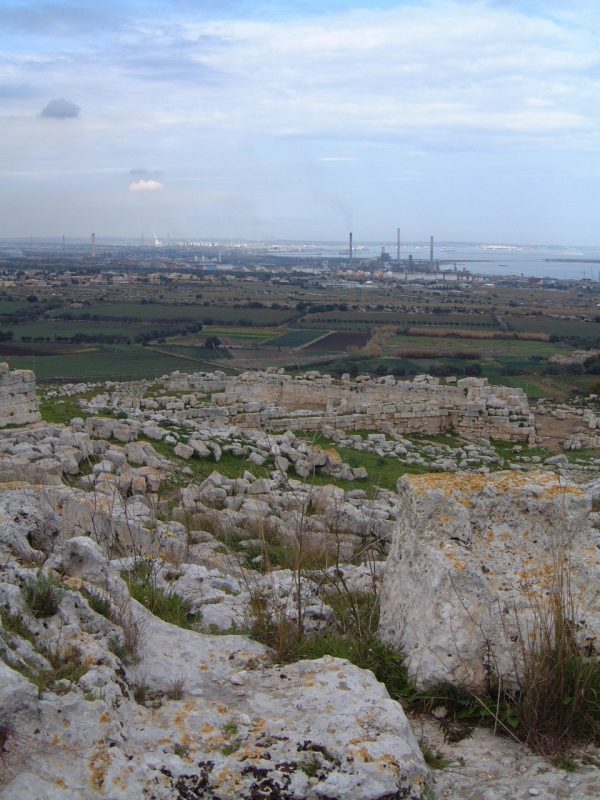 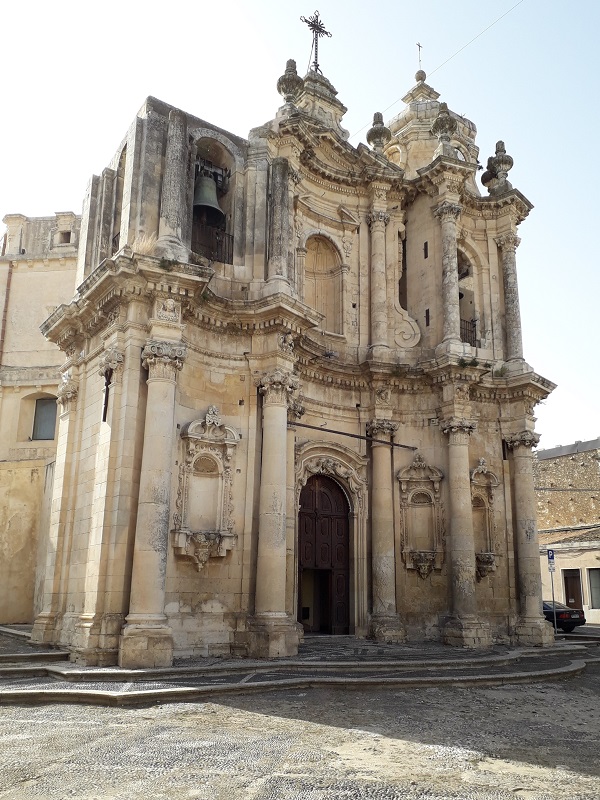 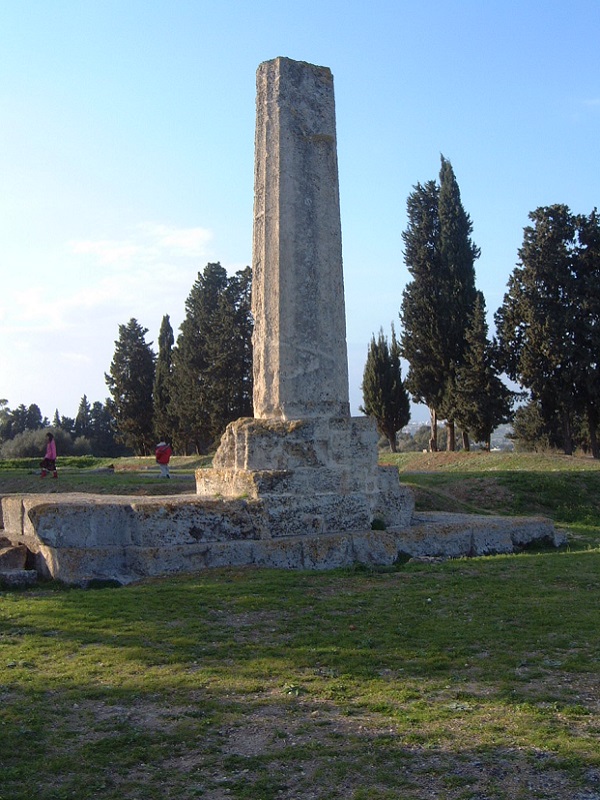 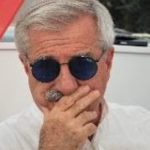 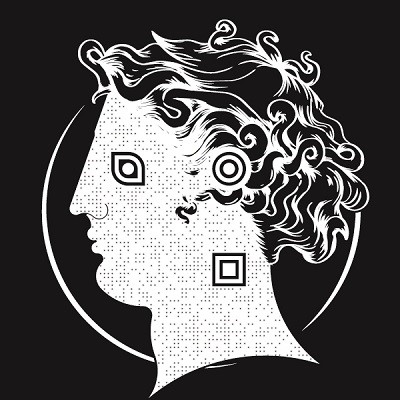 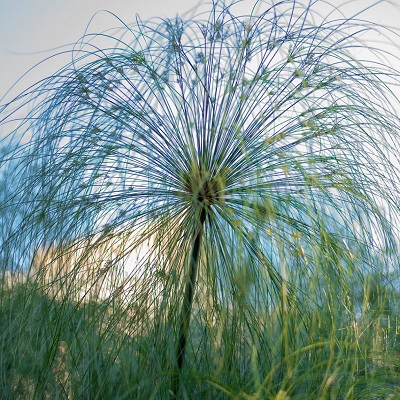 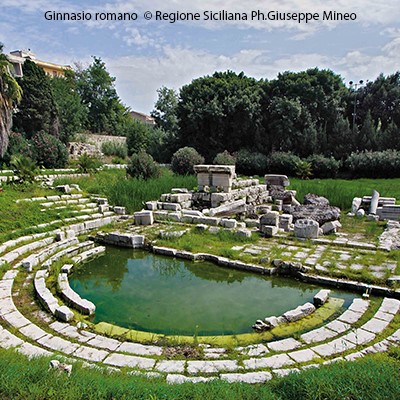 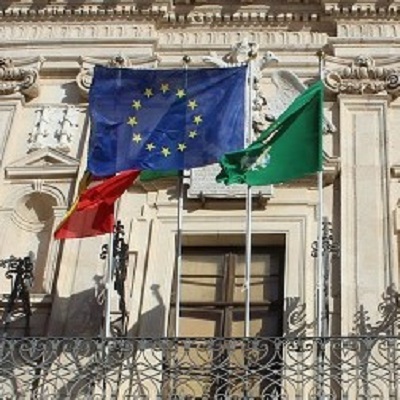 The City Halls of Siracusa and Noto 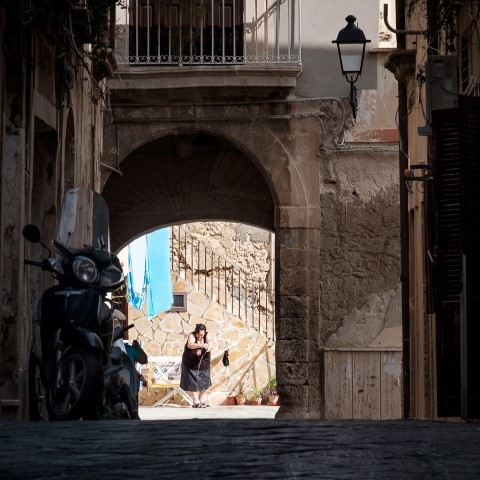